The group is coached by Steve Smith with assistance from John Willows and is for fencers between 10 and 20 years of age. Currently we average about 10 fencers each session.

Following her bronze medal at the U12 British Youth Championships finals in Sheffield last year and fencing as part of the East Midlands Girls Sabre Team at the Cadet Winton Cup, Varvara has been invited by British Fencing to fence in Poland.

One of our members Sam Brightman is seen by thousands of travellers each year in the baggage reclaim area at East Midlands Airport see the photo below along with some newspaper clippings. 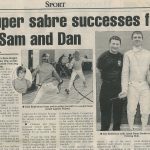 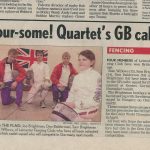 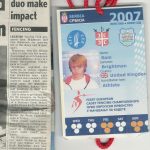 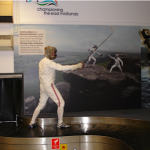 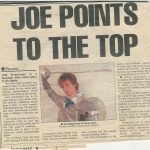