Bryn Guy came 36th at the Junior British Champions on 2nd July 2017 and is currently 29th in the Junior rankings. He took part in a individual competition in Hungary and won the silver medal out of 30 from all other countries! 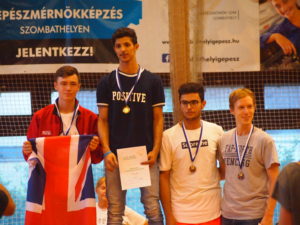 [see here for some video]

Well done to Varia who finished 15th at the Cadet British Champions on 1st July 2017 and this pushed her up to 18th in the British Cadet rankings. She has been invited to join the Talent Programme (Sabre) this season.